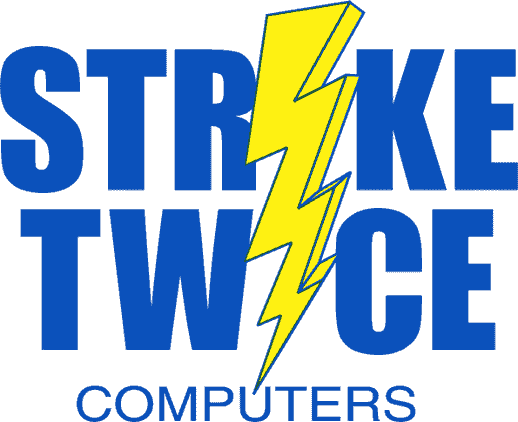 A Little Bit About Ourselves

Strike Twice Computers has been serving the Twin Cities for over 30 years. The company is owned by Keith Aleshire. Mr. Aleshire received a Bachelor of Arts degree in Journalism from the University of Minnesota, graduating with a 3.5 GPA and inducted into Phi Beta Kappa. Before the University of Minnesota, he attended the United States Military Academy at West Point, New York. However, he did not finish West Point due to an injury during training.

With his journalism/writing experience, he has worked for various high-tech firms, including five years for the Minnesota state government’s central computer center, gaining experience with mainframe, mini and personal computers.

In 1990, he moved to White Plains, New York, to work for the Prodigy Services Company as a Senior Producer of the Computer Club. The Computer Club was a part of the PRODIGY on-line service that features 8 computer columnists and a computer-related bulletin board. In 1991, he received the award for "Best Online Computer Publication" from the national Computer Press Association.

Mr. Aleshire returned to Minnesota in 1991, and has since been president of Strike Twice Computers, a computer sales and service firm. He wrote for Computer User, a monthly magazine for 80,000 Minneapolis computer enthusiasts, for over 10 years. He also has written 10 national computer books for Bantam Books, New Riders Publishing, and QUE Books. He also was the first three-term president of the Twin Cities PC Users Group.

Strike Twice was incorporated in 1987 and has provided personalized service to Twin Cities residents and businesses since then. Since 2015, Strike Twice Computers is owned by Aleshire Inc.